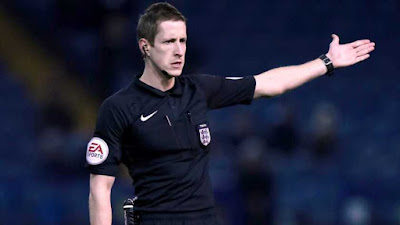 John Brooks began his Football League refereeing career when he took charge of his first EFL game in August 2016, the League Two encounter between Blackpool and Exeter City at Bloomfield Road.

Latics related Fact(s):
Brooks’ first Latics game came last season when we won away at Stoke City, 3-0, he awarded us a penalty which Will Grigg put away.

This referee has a Latics Love Factor of 75%

Grab a listen to the latest PWU Latics Podcast, there is a preview of tonight’s game on there, just click play on the embedded player below.