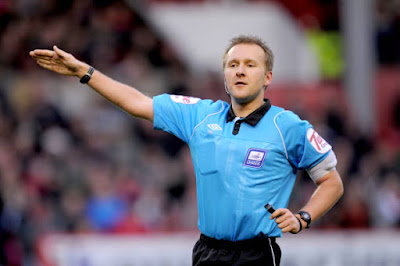 Latics are in Championship action again tonight when Middlesbrough visit the DW Stadium. Taking charge of his 12th Wigan Athletic game will be West Midlands based official Oliver Langford.

Langford has been on the National List of referees since the 2008/09 season, he was fourth official when we met Bournemouth in an FA cup 3rd round replay down at Dean Court in January 2013 – erm wasn’t that the year we went on to win the damn thing – always nice to get an opportunity to mention our FA cup win especially on cup day.

This will be Langford’s first Latics game this campaign, but he has already been in charge of three Boro games, opening day classic away at Luton 3-3, the 0-1 home defeat to West Brom and Boro’s 2-1 win over Stoke at the Riverside.

Grab a listen to the latest PWU Latics Podcast, there is a preview of tonight’s game on there, just click play on the embedded player below.